Lantern to Light Your Way 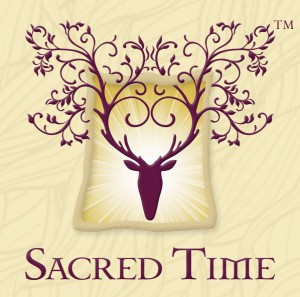 I met someone recently who asked about the logo for my coaching practice, Sacred Time.  I admitted to her something I realized a while ago and that was that the same letters that spells SACRED also spells SCARED.  When I attended Girl State, as I wrote in the last post, I was away from home in the capital city.  I engraved SCARED in my notebook.

Using the same letters to spell different words is, as I recently found out, called an anagram.  The person who was checking out my company logo noticed the antlers and mentioned that the anagram for ANTLER is LANTERN which she liked because it represents lighting the way.  I also loved that idea that she thought of me and my practice in that way.  The deer is meant to gently lead you into adventure.

Later she realized it was ‘almost’ an anagram.  Almost counts for some things although not for anagrams.

Tiffany is an ICF Career Coach and a cross-pollinator of ideas with a background in broadcast journalism, social and ecopsychology, and coaching. Tiffany’s nearly two decades of experience has helped her to identify the power of story in connecting us to each other as well as to our environment. A believer in the power of reflection, practical application, and celebrating victories, Tiffany understands that the more we all live our dream, the more we can model it for future generations.
View all posts by Tiffany A. Dedeaux →
This entry was posted in Change, Ecopsychology, Narrative Ecopsychology, Reflection, Wilderness. Bookmark the permalink.